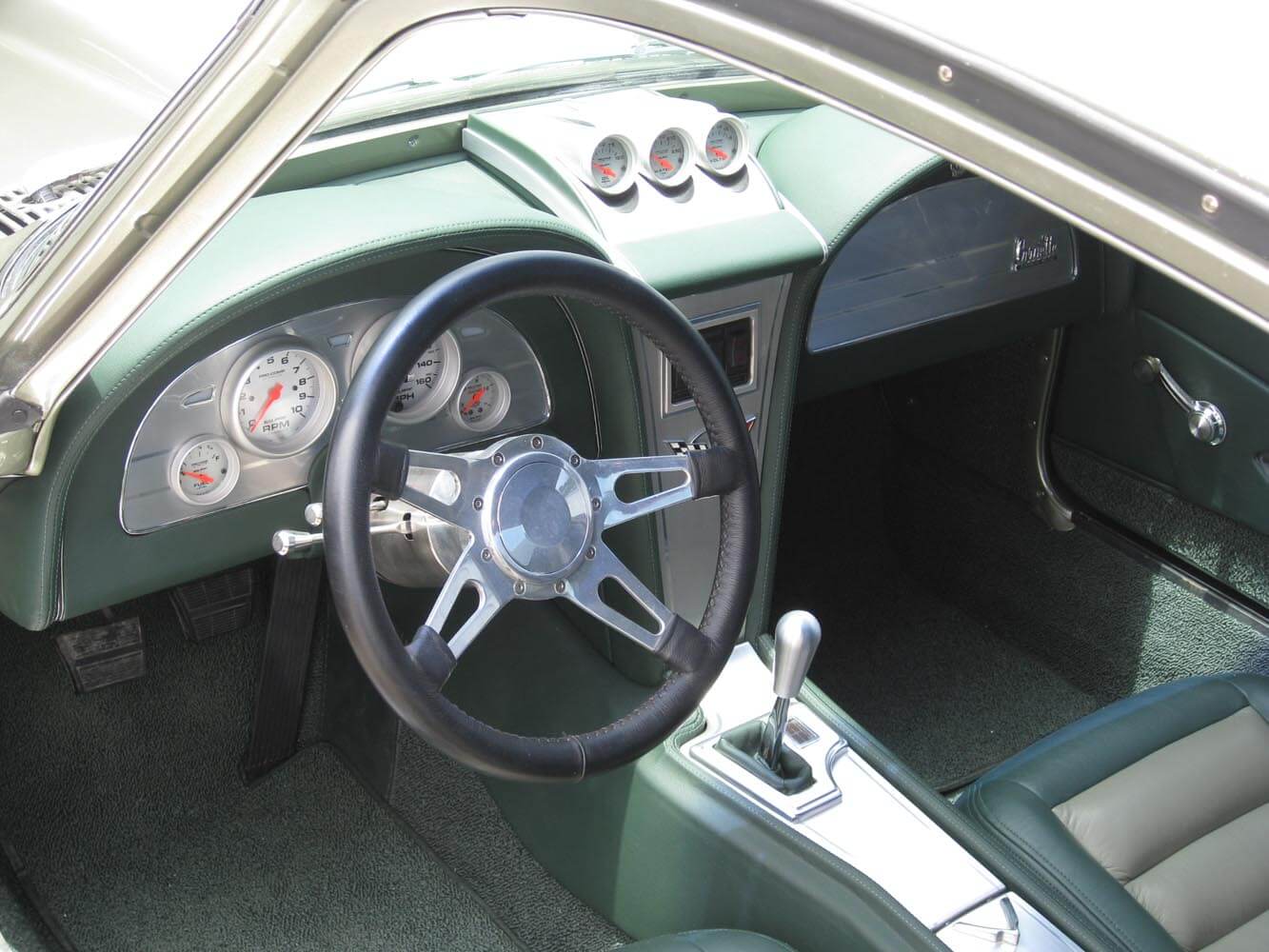 You probably have seen Bill and Char’s Corvette on our Featured Cars page.  The funny part  of the story is the car actually came to us at Kidd Darrins with a “new” interior.  However, as the project progressed we began noticing the interior was kind of bland now that the rest of the car had received such a thorough remake.  So it was decided to give the interior the Kidd Darrins treatment.  The seats were kind of flat so we redesigned the foam and made for a new, upscale, plumper look.  With that we decided to recover the seats in a new pattern of pleats and incorporate the stinger hood spear design cue into the headrests with a newly available brushed aluminum look vinyl.  This tied in nicely with the newly designed door panels and console which included brushed aluminum inserts and panels. The final touch was the three gage instrument unit that sits atop the center of the dash– of course all hand fabricated and finished out in the new rich green vinyl.

Designed and hand made gage cluster instrument unit mounts where the old dash radio speaker was.  Dash was also removed and refinished with an upscale double top stitch– all done in house.

Those familiar with a 1967 Corvette interior realize that you don’t recognize much here. Console is entirely hand made including slider console lid, shifter plate with illuminated shift pattern as well as the console “drop” from the dash with a custom made switch panel.  Even the dash gage panel and glove box door are not the same anymore.

The dynamic race inspired door panels retain only the factory handles.  All else is fabricated including hand made aluminum trim pieces

No detail is overlooked.  We fabricated stainless steel cover pieces to cover unsightly OEM rivet heads that are intended to fasten the dash to the body.

A brushed aluminum panel with a polish beaded edge was made to sport up the otherwise dull headliner.