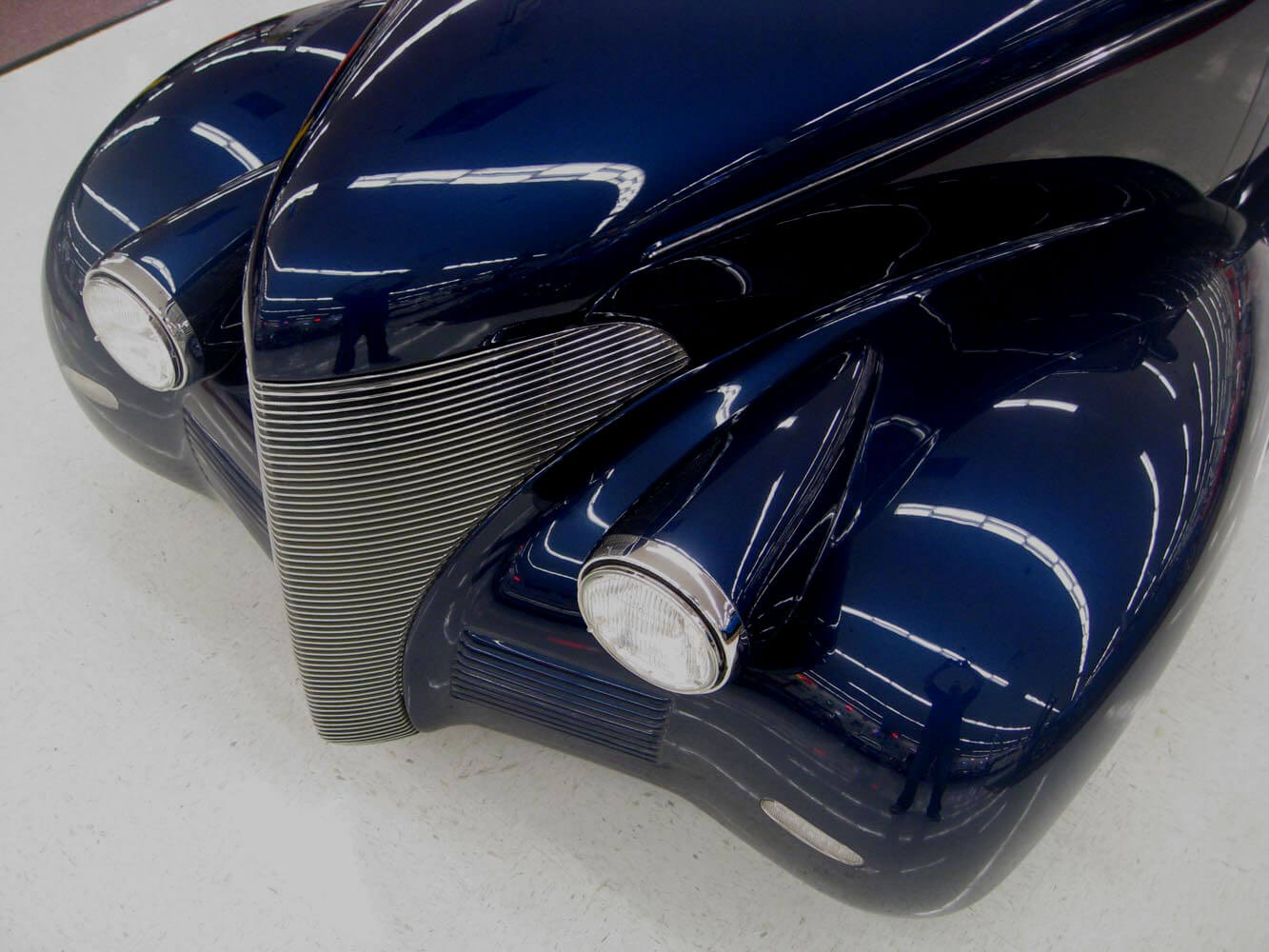 The televised Barrett Jackson auction in 2003 featured a Kidd Darrins built deep blue 1939 Chevy coupe as it rolled up onto the auction stage. As the cameras rolled and the commentator pointed to the car’s highlights Rick Treworgy present at that auction took a closer look himself. Mr Treworgy, collector and owner of Muscle Car City Museum in Punta Gorda, Florida, was quite taken by the car. Once the bidding had ended, Rick found himself the new owner of a very special 1939 Chevy coupe. But as he tells us here in this short interview about the car he bought all those years ago; for him this was not just another top class car for his collection.

The dark blue is as dramatic as it gets

The view into the car is inviting. And while the custom made 3/16″ chrome belt line molding is subtle, it is a dash of highlight to the dark blue exterior that can only be appreciated to it’s fullest in person.